The International Piano Festival, a world-famous event, takes place in Brescia and Bergamo every year to honour the great pianist Arturo Benedetti Michelangeli. The Piano Festival of Brescia and Bergamo takes place every year since 1964 and since year 2000 it awards the best artist of the event, hosts the best Orchestras and Pianists of the world, becoming an essential appointment for lovers of classical music and classical contemporary music.

The 59th edition of 2022 will take place between April and June at the Grande theatre of Brescia and the Social theatre of Bergamo, and will have the music of the first half of the XX century as its theme, for a journey of music with great international pianists. The concerts of the Piano Festival host the main Philharmonic Orchestras of the world and the main pianists of Italy and of the world. The evening performances take place almost every two days and they allow visitors, even on short stays, to enjoy the world- famous Piano Festival and seize the opportunity to visit Brescia( an originally Celtic city later to become Roman, known as “The Northern Rome”, with its lovely Museums, Buildings and remains of the Roman period) and its lovely surroundings which go from the hills of wine of Franciacorta, to its lake landscapes, amongst which Lake Garda and Lake Iseo, to its high mountains, with its skiing plants and its trekking opportunities. 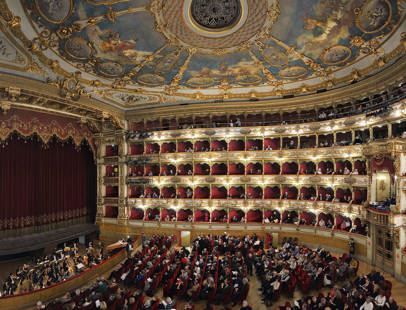 Our facility offers unique lodging options in the heart of the city centre, with wide internal parking free of charge, restaurant and garden, in a sophisticated, elegant and prestigious historic context, in which to enjoy moments of total relaxation, visit the city centre of Brescia and its main museums and at the same time to leave on the visits of the itineraries available in the territory of the province.

The goal of the International Piano Festival is to make the international piano culture, which developed during the XVII and XX centuries, popular amongst the general public, by hosting the musical performances of internationally affirmed pianists and the works of the greatest contemporary artists. Every edition of the Festival usually deals with one single topic and proposes a journey of thought on an author, on a theme and on a historic period, with evening events that take place in the beautiful framework of the Grande theatre of Brescia. Through the years the event has hosted great contemporary composers (such as Oliver Messiaen, Stockhausen), famous soloists (Uto Ughi, Marta Argerich, Grigory Sokolov, Maurizio Pollini), Big orchestra directors (Carlo Maria Giulini, Riccardo Muti, Claudio Abbado, Lorin Maazel, Georg Solti) and important international orchestras (Berliner Philharmoniker, the Wiener Philharmoniker, the Chicago Symphony Orchestra, the London Symphony, the Orchestra of Philadelphia, the Philharmonic of Israel, The Philharmonic of St Petersburg, the National de France, the Academic Orchestra of Santa Cecilia of Rome, the Philharmonic of La Scala).

In 1986, the Piano Festival of Brescia received the Abbiati Award of the National Music Reviewers' Association and the Litz Medal of the Hungarian Ministry of Culture and became a fully-fledged member of the European Festival Association.

Until a few years ago the art direction of the Festival was by Agostino Orizio, (now the office is held by Pier Carlo Orizio) and the presidency by the reviewer Filippo Siebaneck, office held today by Andrea Gibellini.

The new art direction has given the Festival a new hat, combining a classical repertoire with contemporary music, hosting great international artists and orchestras together with emerging young talented artists.

Finally, the multiannual experience of the Festival, under Uto Ughi's three-year direction, has given birth to a real Philharmonic of the International Piano Festival, which joins young talented musicians and gives young graduates of the Conservatory of Brescia and Bergamo, the opportunity to mature a solid musical formation. Thus, the Festival accomplishes its first goal of spreading the international classical music culture.