What will you watch under a sky of history? A History of Palace in 10 stages, step by step

1) At first sight, our palace shows a homogeneous aspect. Nonetheless, it is the result of the merger of two noble houses built in different and subsequent ages by the Maggi and Gambara families, respectively: in the XVII century, the former renovated an older building dating back to the XVI century; then the latter purchased the palace in the XVIII century, committing its renovation and expansion to the architect Antonio Marchetti.

2) The ancient Maggi palace represents the first portion of the present building. The cellar particularly with its crossings, shows several signs of graffiti on some walls documenting that it dates back to the mid XVI century.

3) Recently, frescoes have been discovered on the vault of the Great Hall whose date can be set from mid XVI to the early XVII century.

4) Then, Gambara family purchased the Palace from the Maggi around 1655. Count Scipione Gambara started the glorious renovation of the building throughout the XVIII century.

5) Regarding the monumental façade, it is noteworthy particularly for the windows' decoration that reflects, from lower to the upper row, the periods when the façade had been building.

6) But: in this story the stairway does not deserve a mention of honor?

7) First, the two doric columns supporting the long architrave invite you to step up.

8) Its walls are rich in stuccos. At the end of XVIII century, the Grifoni Santangelo family continues the renovation of the Palace.

9) In 1930, the church is decorated in marbles and frescoes by Brescian painter Vittorio Trainini.

10) And in the end: inside the church is a Renaissance painting by Moretto from Brescia, apprentice of Titian and Giorgione, "The Trinity crowns the Virgin, with sts. Peter, Paul, and the allegories of Justice and Peace".

Watch all the stages' photos on our Instagram profile

The Paul VI Centre of Brescia has an office in an old building that, at a first glance, looks like a single unit (seemingly built at the same time) but instead, it is the result of a merger of two buildings, built over a century apart by two different families not connected by any family relationship: the Maggis in 1600, restructured a previous century old building and the Gambaras a century later purchased the building and joined it with another, thanks to the ability of the architect Antonio Marchetti who built a new southern section.

The ancient Maggi building, almost completely preserved constitutes a part of the original structure. The cellars, that sometimes have a double umbrella ceiling, are all perfectly arranged, some brick walls show traces of inscriptions that confirm its dating back to the sixteenth century; as well as the ground floor rooms which are typically of the sixteenth century. The porch has rustic pillars which are supported and crossed nine times. On the first floor there is further confirmation of the date of the building: in recent times on the face of the grand hall frescoes were discovered which can be dated mid-sixteenth century and early 1600s. The Gambara family purchased this building from the Maggi in around 1655; thanks to Count Scipione Gambara, from whom we have the beginning of the beautiful nineteenth century accommodation building.

The current facade lies horizontally along via Gezio Calini, and, although without impressive architectural features, the window decorations which reflect as you approach are striking. The periods in which the facade itself was in short, just completed The Marchetti are attributed to the two noble portals, an easy design, smooth and elegant. The round stone arch is supported by two bands of pillars ending in a curly bracket on which rise two beautiful well worked amphorae. The courtyard has undergone several transformations over the centuries.

The turret, erected in the centre of the porch at the beginning of the twentieth century, was used as an observatory, by Mons. Angelo Zammarchi, a Physics and Astronomy teacher. The recent northern section was built in 1885 in place of some housing which once belonged to Luzzago for the nobles' needs of the then Episcopal seminary. Inside the building the staircase deserves special attention, as it is one of the biggest in Brescia, great work truly worthy of Marchetti. It opens onto the first and biggest ramp of all which leads to a long, narrow corridor onto which high doors are flanked by pillars.

Two Doric columns, which support a long lintel, which comes from a slope from the first shelf, which currently houses a beautiful sculpture of the Brescian Pope Paul VI ,branch two short flights of stairs that give movement to the opposite staircase and access to the latest two branches that rise in opposition to the first and lead to the upper shelf. The walls are plastered with excellent decorations. Between the end of the eighteenth century and the first half of the nineteenth century the Grifoni Santangelo family, relatives of the Gambaras, continued the work on the accommodation building.

In l 1854 the Bishop of Brescia Mons. Gerolamo Verzieri purchased the Santangelo building to host his Seminars.

In 1930 a Church was built in the internal courtyard, which is decorated and embellished with marble and frescoes by the Brescian painter Vittorio Trainini, on behalf of the then Bishop of Brescia Mons. Giacinto Gaggia. Then in 1951 the diocese decided to build a new seminary whose first stone was laid during the Marian year 1954.

At the beginning of the 70’s the seminary moved permanently to its new headquarters in via Bollani; meanwhile the Bishop Mons. Luigi Morstabilini, decided to appoint the old seminary Santangelo to the Pastoral Centre, entitling it to Brescian Pope Paul VI, as an expression of his desire and commitment to transmit the experience of the Diocesan Church spirit and direction, according to the Vatican Council II. The Paul VI Pastoral Centre was canonically erected as Religious Foundation with legal personality, with legal decree of the Bishop of Brescia of 15th FEBRUARY 1975. The Statute was approved by the Bishop Mons. Bruno Foresti on 8th September 1985. A presidential Decree No. 21 of July 21st 1987 recognised as legal the characteristics of the centre as an Italian ecclesiastical body which pursuant to agreements between the S.Sede and Italy.

In 2003 by decision of Bishop Giulio Sanguineti the renovation of the buildings in the southern area of the Pastoral Centre began, where, from year 2004, the Diocesan Communication centre and Brevivet were housed. 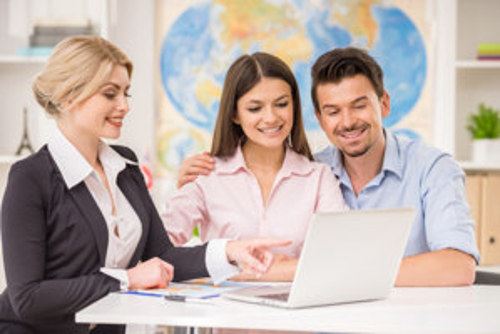 Are you a travel agency or a company?

Time has come to collaborate with us.